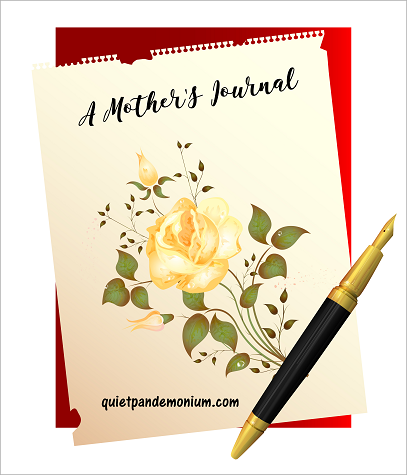 Mother’s Day is one of those holidays I still don’t feel old enough to be the guest of honor.  I grew up wanting to be a mother someday, more than most anything.  It was what I wanted to be when I grew up.  But the actual celebrating of Mother’s Day is what we did for my mom.  It just feels weird to be the mom being celebrated, and I have been a mother for almost 25 years.

With that being said, when I think about Mother’s Day, I always think about the year my son was five.  He was in Kindergarten and honestly, it was the first Mother’s Day where he made an effort by himself to do something for me.  His dad was always good about it before, but there is just something special about the first time they give a gift that is completely from their child’s heart.  It is magical for a mother. 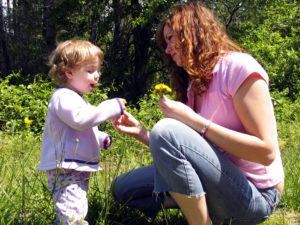 It was this year that my son gave me my first dandelion bouquet.  Oh, he had picked the occasional dandelion here and there for me prior to this, but this was the first time he did it without me telling him to pick them.  And this was a large bouquet of yellow.  We seemed to have a rather healthy crop growing in our backyard that year.  I probably could have made several dozen dandelion chains and necklaces and still had a ready supply for more.  So he had plenty to pick for my Mother’s Day bouquet.

We also hadn’t started homeschooling at this time.  So he had been influenced by his teacher at school.  I think she told the class that all mothers just love to receive dandelions from their children.  It is true.  It isn’t so much that we actually like or love dandelions though.  It is because our children thought of us.  It is because they made the effort to pick something for us that through their eyes is beautiful.  Eventually our children quit picking the dandelion bouquets for us and those days are over.

I think that this first bouquet was also memorable because of the other item he gave me that year.  It was also heartfelt and done in only the way a kindergartener could do it.  His teacher had made little papers for them to fill in with their own answers.  My son was in the more advanced group and could read and write his answers by himself.  He had all sorts of nice things to say about me.  He loved when I would play with him.  He loved when I would read to him.  I was feeling quite good about myself and then I got to the last answer.  It was a question about what my son loved most about his mom.  I read, “I love my mom because she is buttfull.”  What on earth did he mean by that??!!

Now, I tried to reason with my mother’s heart that he was only five, and meant beautiful.  But this is the child who rarely misspells a single word.  If he had written that at his current age, I would devise a suitable form of motherly torture that all good moms can come up with in a moment.  Things like extra dishes, cleaning the bathroom, or weeding the garden.  I would demand to know if he was saying that my derriere was big.  But you can’t do that to a five year old.  Five year olds are honest. And do you really want to hear the answer to that?  No. You just smile and thank them.  What else can you do?

It’s no wonder I smile at this time of year.  As the days pass, I remember fondly the many dandelion bouquets I received for Mother’s Day over the years.  I think that is why yellow is my favorite color.  It reminds me of sweet little faces handing me bouquets of love.  It makes me feel special.  Even if it also reminds me that I am forever the mom who is buttfull.