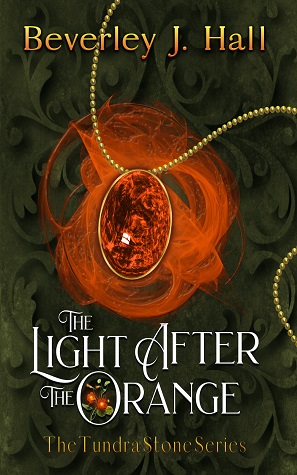 EVEN IN A DYING WORLD, IS SURVIVAL ENOUGH?

After the Orange and the catastrophic devastation of Earth, magic began to seep in—but will it help Alex Chegasa survive?

Hidden and protected by magic, she grew up embracing her gifts. After witnessing the only people she can call family being murdered, eighteen-year-old Alex must choose between her head and her heart in her search for a place to belong. But, her hunt for a home means having to hide her magic.

All the while, in the shadows, eight-hundred-year-old Fae Billey NicNevin, suffering from amnesia, is rediscovering her magic.

Are their fates intertwined?

What if the fantastical stories Alex’s mother told her as a child were true?

ALL MYTHS ARE BASED ON TRUTH

Sales Copy: Eighteen-year-old Alex Chegasa, one of the first generation to be raised on post-apocalyptic Earth, was taught to embrace her magical gifts.

After the Orange, as the planet burned, magic trickled in. The bombs that had wiped out most life ripped open the barrier between worlds. Can the next generation, connected to the magic, be the solution to mankind’s problems or are they destined to repeat the mistakes of their ancestors?

Did the Orange, the very thing that ravaged the planet, also provide the solution? Or is magic more than a coincidence?

While Alex searches for somewhere to belong, in Massachusetts, she questions if survival is enough when she comes to understand that magic, used by the wrong people, could be more dangerous than the power of the generations before her.

Meanwhile, in a parallel story, we meet eight-hundred-year-old Fae, Billey NicNevin. With a past she doesn’t remember, she struggles to fit into Nuadh Caled (New Scotland) as it rebuilds itself. When she meets a woman whose soul calls to her, will she find her missing piece or tumble into insanity?

Are their destinies connected?

WHAT IF THE FANTASTICAL STORIES FROM ALEX’S CHILDHOOD WERE TRUE? 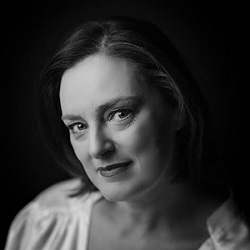 Beverley J. Hall was born in Kent, England, and raised in Scotland. Most of her childhood was spent with her nose in a book, and her love of stories was born.

While studying Art and Design, she discovered her love of storytelling, whether with paint, sculpture, fabric, or words.

After completing an MA in Creative Writing, she is now living her best life, writing stories at the seaside with her son, her granddaughter, and her cat Bertie.

Head over to TikTok, Instagram, or Twitter to join her overthinking and daydreaming (she’s still hoping for a pet dragon).

Enter The Light After the Orange Book Blitz Giveaway!