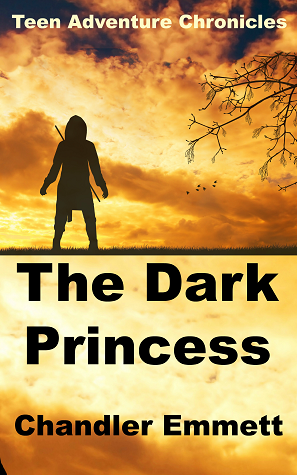 Jessica, Emily, and Kaleb are video game fanatics. They love to play video games and are often found quoting them in their everyday conversation. But can video games be taken too seriously and become real life?

The teens find themselves chasing after The Dark Princess as she wields a path of chaos, destruction and mayhem. Their adventure takes them across the ocean on the Titanic 2.0, fighting a shark-zilla, and ultimately to Stone Henge where The Dark Princess has hidden her lair. Can Jessica save her boyfriend from the clutches of this evil mastermind?

The teens soon discover that words can be as sharp as the katana that Jessica carries. Will they make it back home alive, and will what they do and say really matter after all?

This is the first installment in the Teen Adventure Chronicles. Follow Jessica and her friends in their adventures around the world.

“Now, before we begin, I’d like to explain some things. My name is Kaleb, I’m 15 years old and have an awesome sister named Jessica. Personally, I think she’s annoying and came from the planet Neptune, (as I always believe that’s where sisters come from), but you know what? I love her. End of story.

Then, there’s Emily, Jessica’s very best friend who comes to our house every day. When she does, we always play on the Xbox 360, Playstation 3 or the Wii U. And sometimes when we play, we act like different characters from games. For example, Jessica acts like Zelda, I act like Roxas from Kingdom Hearts, and Emily acts like Tifa from Final Fantasy VII.

Mom says we take gaming WAY too serious. Boy, she has no idea! Now that you have gotten to know us better, sit back, relax, sip that hot cocoa, and enjoy the story!” 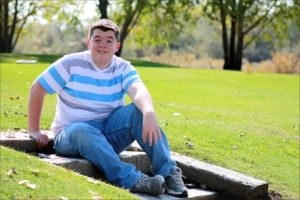 Chandler Emmett is a young teen author, who enjoys spending his time playing video games, and dreaming up new stories. When he isn’t in front of a computer or video game, he can be found with his nose in a book.

The Dark Princess is his first novel and is also the first novel in a new series: Teen Adventure Chronicles.

Storming The Base–Book 5–Coming May 2016