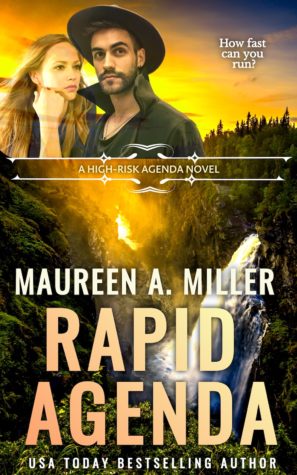 A spill in the rapids hauls two strangers into a harrowing and romantic adventure.

Chuck Borgas is ready to get back in the jungle. A lost city and a team of archeological students are waiting for him in Guatemala. He is waylaid at the airport by a bizarre woman who latches onto him like she’s his long-lost buddy. Smoking hot women don’t usually throw themselves at him. Ever. Finally ditching the stranger, he realizes she has left a bag behind. One glimpse into that sack and Chuck knows he’s stepped into a heap of trouble.Faith Sanders is part of a small task force returning smuggled artifacts to the Guatemalan government. Her team is ambushed by members of a drug cartel, but she manages to escape. Alone and determined to get the artifacts to their destination, she is forced to improvise as the cartel closes in on her. That improvisation lands her in the arms of a handsome stranger.Realizing that she has jeopardized the man at the airport, Faith has to decide which is more important…saving his life, or completing her mission. 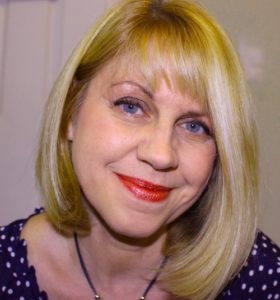 USA TODAY bestselling author, Maureen A. Miller worked in the software industry for fifteen years. She crawled around plant floors in a hard hat and safety glasses hooking up computers to behemoth manufacturing machines. The job required extensive travel. The best form of escapism during those lengthy airport layovers became writing.

Maureen’s first novel, WIDOW’S TALE, earned her a Golden Heart nomination in Romantic Suspense. After that she became hooked to the genre. In fact, she was so hooked she is the founder of the JUST ROMANTIC SUSPENSE website.

Recently, Maureen branched out into the Young Adult Science Fiction market with the popular BEYOND Series. To her it was still Romantic Suspense…just on another planet!