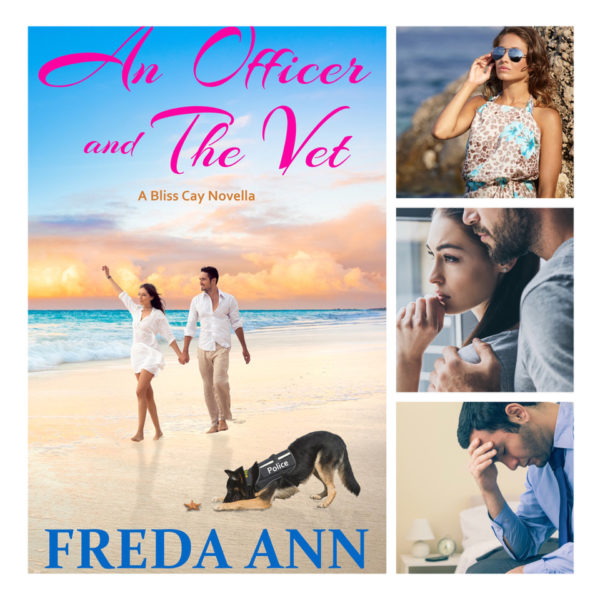 College sweethearts, Sam and Isla, were crazy in love and looked forward to a life together. That was until his father died suddenly in a tragic accident.

The news sent Sam into a tailspin causing him to spiral out of control. After telling Isla, the woman he hoped to marry, he never wanted to see her again, he hit rock bottom.

Pulling his life together more than a year later, he realizes nothing will ever be the same without his one true love…Isla. Finally locating where she moved to for Vet school, he shows up to beg her forgiveness only to find her kissing her soon to be husband.

Twelve years later, Sergeant Sam Wolfe’s police K-9, Blue, was shot on-duty and suffers from PTSD. Unbeknownst to Sam, his Lieutenant arranged for Isla, the best trauma Vet in Florida, to take over Blue’s care while Sam is on vacation with his son in Bliss Cay.

When they see each other again, neither are prepared for what the summer holds. As Isla helps Blue through his physical and emotional traumas, her and Sam’s worlds collide as skeletons are unearthed changing their lives forever. 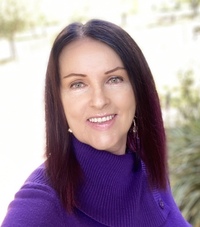 Freda was born in southern New Jersey but grew up in Florida. She has loved writing her entire life. After retiring from a career in law enforcement, she knew it was time to fulfill her lifelong dream of being a published author.

She’s the author of The Hawaii Series, proudly named from her love of the beautiful Hawaiian Islands. It’s a three-book series with all of them written as standalone books.

Freda loves her large family, horses, dogs, cat, and close friends. She hosts monthly family dinners at her home in the country, which she shares with her husband.

She loves baking (she owned and operated a cupcake business for years), cooking, yoga, crocheting, nature and traveling with the love of her life.

What helps her write? Music makes her happy! If music doesn’t give her the right motivation, she puts on a romantic movie, usually from the Hallmark Channel, which she can’t get enough of!

Freda speaks her mind and pushes perfection to its limit. She strives to be her best, most positive self she can be in life. With time, determination, and practice, she believes anything is possible.

Enter the An Officer and The Vet Book Blitz Giveaway!